Lina Nyberg is one of Sweden’s most creative and innovative jazz singers and contemporary composers. For more than 20 years she has been attracting consistent and widespread attention, mainly in Scandinavia, but also in many other parts of the world.
Lina Nyberg was born in Stockholm, Sweden in 1970 and raised in an artistic home, both parents being artists/illustrators. After gratuating from the Royal College of Music in Stockholm in 1993 she released her first CD Close (Prophone records). A duo recording with late jazz pianist Esbjörn Svensson. An instant success and Swedish jazz classic.

As a solo artist she has been releasing 19 albums and tours the world with her band since 10 years – Lina Nyberg Band: Cecilia Persson piano, David Stackenäs guitar, Josef Kallerdahl bass, Peter Danemo drums.

She has received awards as Lars Gullin prize, Swedish Royal Academy of music Jazz prize, but also a
Swedish Grammy and the “Gyllene Skivan award” for “jazz album of the year”.

As a composer she has writing works on commission from big bands, string quartets other chamber
settings and symphony orchestras. She is the composer of the Swedish Radio music channel P2 signature.
One of her most recent work is the album trilogy with works for big band – Sirenades 2014, for stringquartet – Aerials 2016 and for symphony orchestra – Terrestrial 2017
The trilogy confirmed her as one of the most exciting composers in Scandinavia right now connecting
the rhythmic and harmonic parts of her European jazz background with a contemporary classical
language.

In 2020 the album “the Clouds” was released with her new all star constellation, Lina Nyberg Tentet, her regular quintet reinforced with five of the most brilliant horn players one can find in Europe today. The album recieved great reviews from for example All About Jazz. 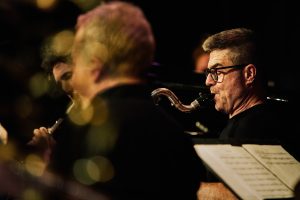 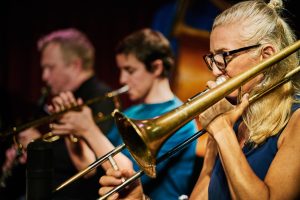 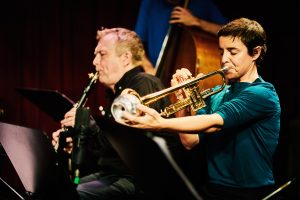 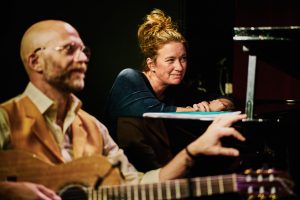 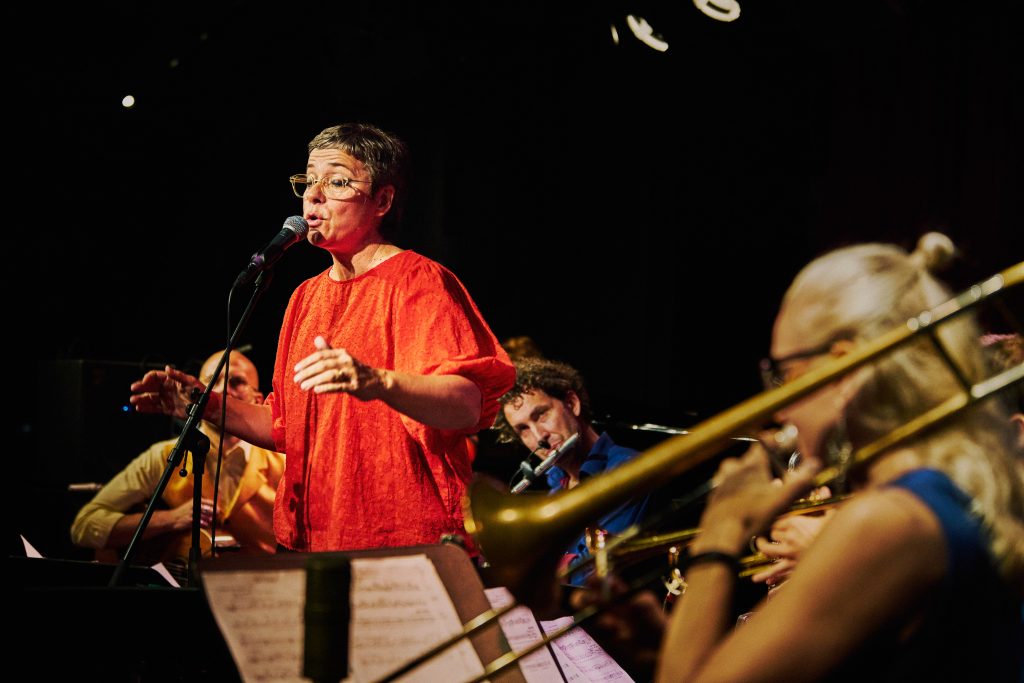 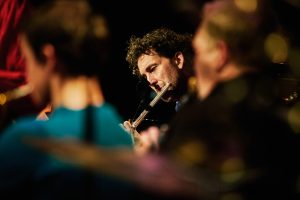 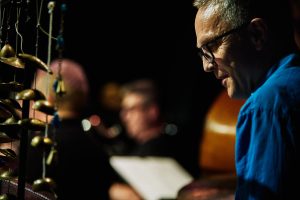 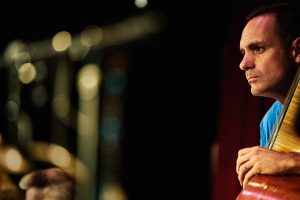 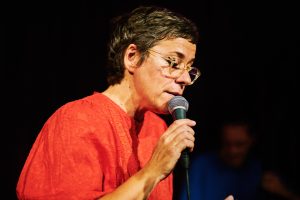 Lina Nyberg has a long experience as a teacher, coaching ensembles, improvisers, composers and of course singers since 1993. (more about that HERE)

Some reviews on Linas work:

”…playful and whimsical but also thoughtful and profound; carefully arranged, melodic and even sentimental, but also borders fearlessly with the experimental… a most inspiring, profound work of art…” All About Jazz

” With her arresting delivery, moving, poetic songs and exquisite orchestral arrangements tempts us to listen very carefully. Then, letting our joy guide us to act better, more humanly, even adopt an inclusive feminist approach.” SALT-PEANUTS.EU

“Going from dramatic and cloudy to bright, Nyberg and her band seemed like extensions of one another,
despite the music’s unpredictable idiosyncrasies.” DownBeat Magazine

“This work has a lot to offer, it is so rich in all it’s many parameters that it needs multiple listenings to grasp on the whole. In the end, we are entirely satisfied” Jazz.pt PORTUGAL